Business trip of the Board of Directors in Japan

From April 3 to 10, 2019, Father Joseph Nguyen Van Uy – Rector of Xuan Loc Hoa Binh College (CBXL) visited and worked with Taiken Academy (Japan) at the invitation. of the president of the academy.

Accompanying the Rector on this trip, there were Master Dang Thanh Hao, head of the Examination and Quality Assurance Department, and the heads of the vocational faculties of the College of Arts and Sciences.

In Japan, the delegation was warmly welcomed by the president of Taiken Academy – Mr. Shibaoka Michio and Mr. Tanaka – Director of the Center for International Exchange. The Principal Priest and teachers of the College of Education and Training were guided to visit the academy’s facilities in Tokyo and Saitama Prefecture. 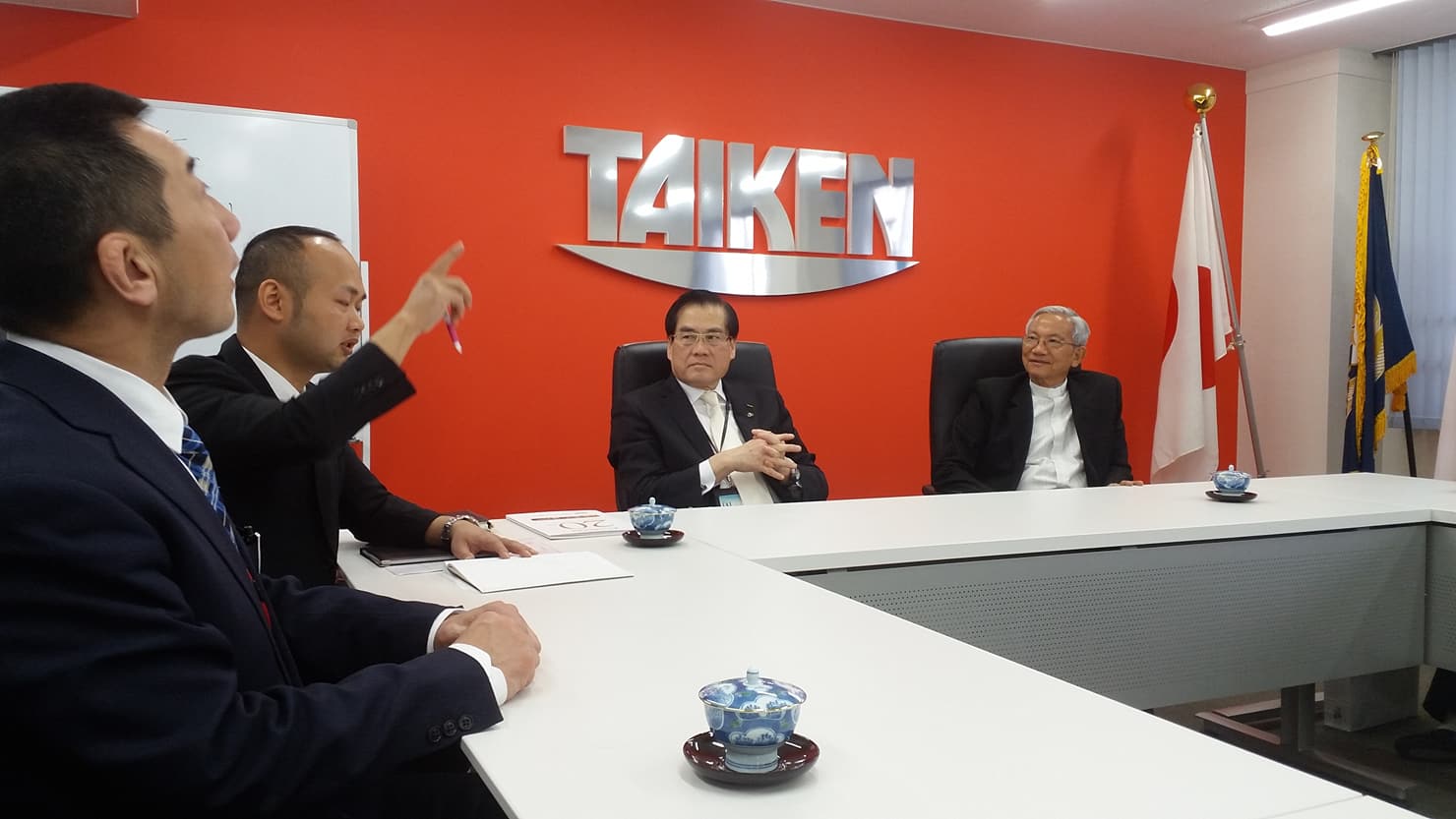 During the meeting, the two sides reiterated the joint training contract between the two schools on October 27, 2014, and the relationship has deepened over the years. On this occasion, the two sides agreed on a number of points to promote the close relationship between the two schools in training linkages, so as to help the students of the College of Science and Technology have access to many modern technologies of the university. Japan while studying in Vietnam.

In order to improve the Japanese language ability of college students, HBXL: Taiken Academy will support the installation of online classrooms, receive Japanese language teachers from HBXL College, and transfer to the academy. Deliver Japanese learning apps via mobile devices to schools.

The two sides jointly build a model of joint training in the fields of Tourism, Information Technology, Carpentry and Taiken Academy will support training equipment for the Faculty of Automotive Technology.

Father Nguyen Van Uy would like to invite the Chairman and leaders of Taiken Academy to visit and work at the College.HBXL on the occasion of the opening of the 2019-2020 school year (expected in October 2019), and Mr. Shibaoka Michio has invited Mr. accept.

During this business trip, the Rector took care of the faith life of HBXL’s international students studying at Taiken Academy.

During the days in Japan, the Rector and teachers stayed in the students’ dormitory to facilitate visits and sharing. Especially, the Rector confesses, celebrates Mass every day with the children, helps them prepare their hearts for Holy Week and Easter.

During the admission period in April 2019, 07 students of HBXL came to study at Taiken Academy, bringing the number of HBXL international students studying here to 100. The children lived around the Asaka station area, where the Asaka Catholic community was located, and they became the Vietnamese Catholic Youth community named Asaka – Hoa Binh Xuan Loc. They always have a spirit of solidarity, know how to sacrifice for the collective, love and support each other.

May you promote these good results, live worthy of being a Christian and always be aware of “becoming a witness of God’s mercy in your living environment” to respond to God’s love. through the beloved HBXL College: “Hoa Binh School will shine forever because each cub is happy to go out to glorify the mountains and rivers forever” (song: Hoa Binh march).